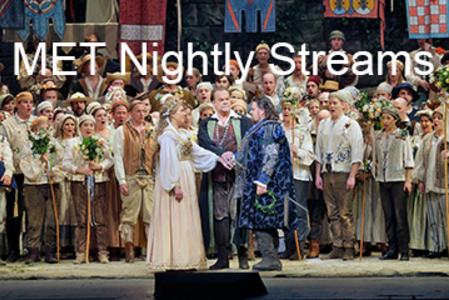 Go to the MET
Enroll for Free
Watch Now

The MET is Stepping Up to Help

The MET On Line Learning

streamed on the company website during the coronavirus closure.

In an effort to continue providing quality educational material about opera to our audiences during the current public health crisis, the Metropolitan Opera Guild has made our Introduction to Score Reading Online Learning course available for audiences for FREE.

This course teaches the fundamentals of score reading through video lectures, supplemental readings, and score excerpts. Beginning with music notation and building through score structure, you will develop the tolls to explore the intricate workings of a score and experience a new way of listening to opera.

Course enrollment is available at any time, and will remain FREE to enroll now through April 23. Content will remain available to you for 60 days from your date of registration. For more information about our online learning opportunities, visit www.metguild.org/onlinelearning.

Saturday, April 25
At-Home Gala
More than 40 leading artists perform in a live stream from their homes around the world.