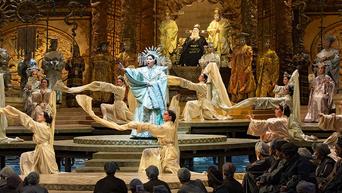 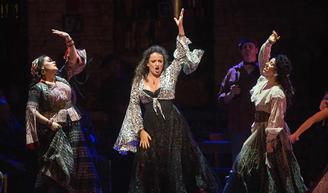 The Met’s new pay-per-view recital series, Met Stars Live in Concert, continues with soprano Renée Fleming performing live in the music salon of the historic Dumbarton Oaks estate in Washington, D.C.   The program, with piano accompaniment by Robert Ainsley, shows off Fleming’s wide repertoire, from favorite arias by Puccini and Massenet to moving selections by Handel and Korngold. Highlights include “Endless pleasure, endless love” from Handel’s Semele, Canteloube’s “Baïlèro,” and the Marschallin’s Act I monologue from Strauss’s Der Rosenkavalier. 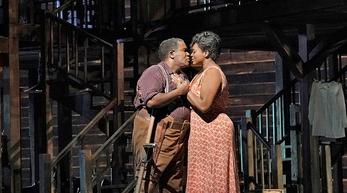 One of America’s favorite operas returns to the Met for the first time in nearly 30 years. James Robinson’s stylish production transports audiences to Catfish Row on the Charleston waterfront, vibrant with the music, dancing, emotion, and heartbreak of its inhabitants. “If you’re going to stage Gershwin’s opera, this is how,” raved the Guardian when the new production premiered in London in 2018. David Robertson conducts a dynamic cast, featuring the sympathetic duo of Eric Owens and Angel Blue in the title roles and an all-star ensemble that includes Janai Brugger, Latonia Moore, Denyce Graves, Frederick Ballentine, Alfred Walker, and Donovan Singletary.

Performance of the MET Encore Performances at the Highlands Performing Arts Center.  (Click on the image for tickets.)

When Sir Richard Eyre’s high-energy production of Bizet’s ever-popular Carmen had its Met premiere in 2009, it starred Roberto Alagna as Don José, the wayward officer whose desperate love for the title Gypsy proves their undoing. The French-Italian tenor reprised his celebrated portrayal during the 2018–19 season, including in this steamy Live in HD transmission that also showcased the alluring mezzo-soprano Clémentine Margaine as Carmen. The sensational cast also included soprano Aleksandra Kurzak as the demure Micaëla and bass Alexander Vinogradov as the swaggering bullfighter Escamillo. Maestro Louis Langrée was on the podium to conduct the opera’s classic score, which features one instantly recognizable melody after another.

Michael Mayer’s acclaimed production, first seen in the 2012–13 season, sets the action of Verdi’s masterpiece in 1960 Las Vegas—a neon-lit world ruled by money and ruthless, powerful men. Piotr Beczala is the Duke, a popular entertainer and casino owner who will stop at nothing to get what he wants. Željko Lucic sings Rigoletto, his sidekick and comedian, and Diana Damrau is Rigoletto’s innocent daughter, Gilda. When she is seduced by the Duke, Rigoletto sets out on a tragic course of murderous revenge. Štefan Kocán is the assassin Sparafucile and Michele Mariotti conducts 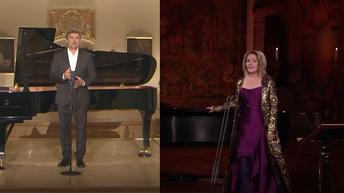 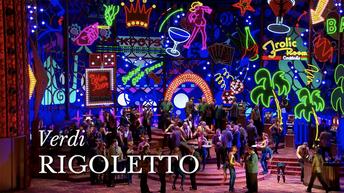